This site is dedicated to my astronomical drawings. Sketching deep-sky objects helps to improve observing skills.
Over time - my technique should become better...

During the years I experimented with different sketching techniques. This article describes my actual drawing system.

The initial sketch is made at the telescope with black pencils on a printed sketch template (PDF) on white DIN A5 sheet. The use of thick paper will avoid humidity problems. 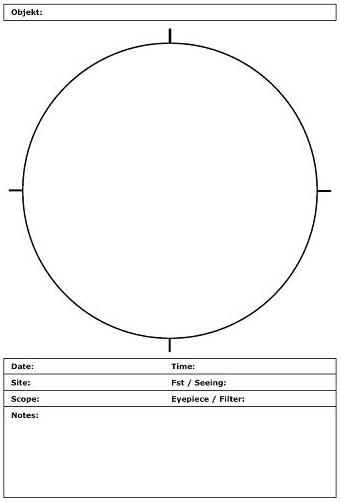 I first observe the object carefully trying different eyepieces and telescopes.
Then I start sketching. A self made magnetic red lamp attached to the telescope gives off enough light without destroying the eye's darkness adaptation.

To record subjective impression of brightness, I use numbers reflecting a magnitude scale from 1 to 10.

Everything is allowed - except erasing errors by rubbing out parts of the sketch. I use written comments in stead or just strike throughs to correct the drawing. Often several drawings are needed because not all details can be captured in only one sketch. 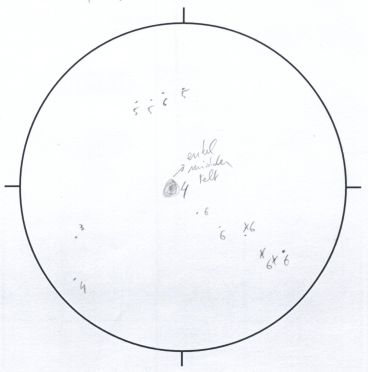 The same numbered magnitude scale is used for nebula. 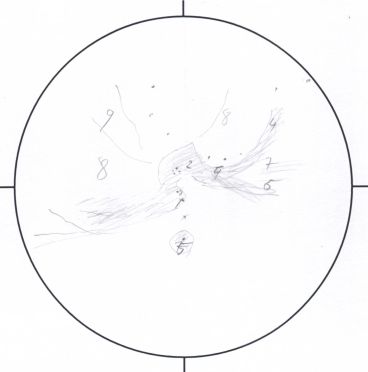 But also written comments can be used to express visual appearance. Here another M42 with (dutch) comments: 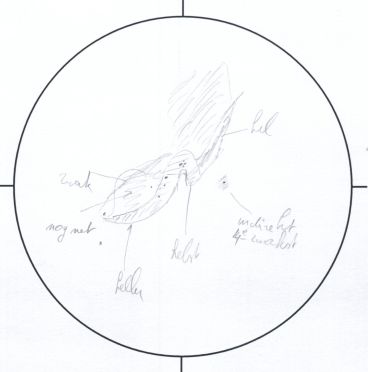 At home, a new drawing on black paper is made. I tried out many sorts of pens, but only Rotring Micronorm pens delivered the desired result. I use 0.18mm pens for the faintest stars and 1mm for the brightest. Other thicknesses I use are 0.35 and 0.5, 0.7mm. The white ink appeared to be difficult to get. (Rotring Part Nr. R 591 018). 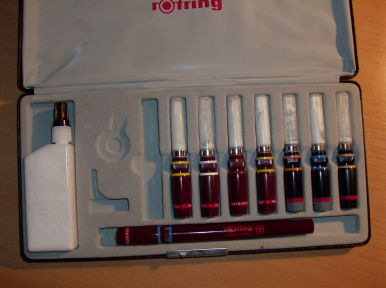 A pair of compasses is handy for creating eye piece circles 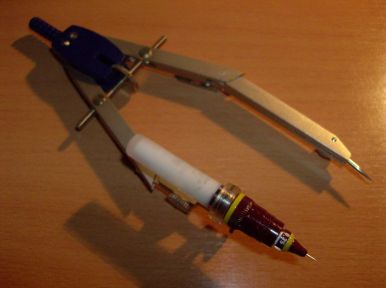 Above mentioned magnitude scale corresponds to about 10 different Polychromos Faber Castel pencils in the range from almost white to dark grey. 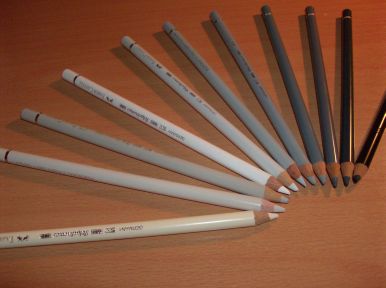 Here are the original Faber Castel numbers and names. The first two ("Dicky" and "Jolly") are no Faber Castel pencils, they're wax pencils - up to now I didn't use them since no nebula shines so bright ;). 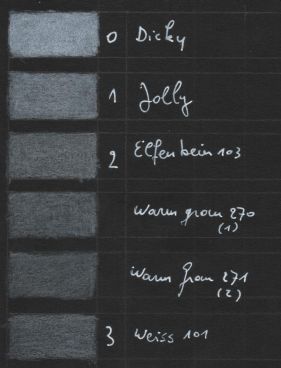 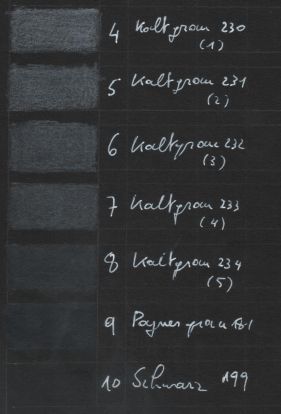 The drawing is complete after making necessary blurring and smearing. I found out that the best way to to this is by using the so called pressed paper "Estompen" pens: 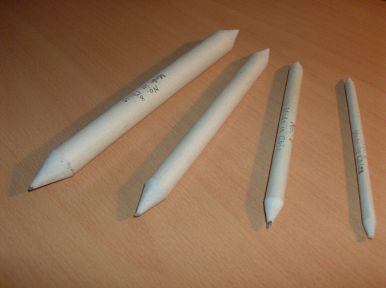 After adding observation data the sketch is ready to be archived. If the sketch is really good, it can be scanned and published on this web site. I noted that scans of drawings on black paper produce much more realistic pictures than drawings on white paper that were inverted. 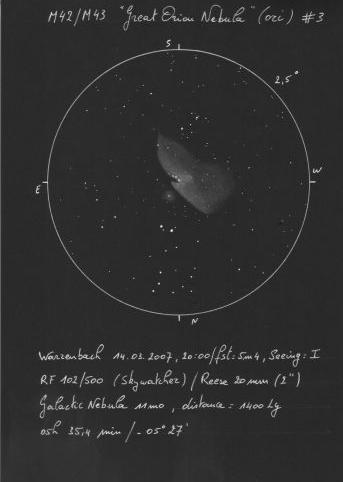